Trying to determine the right optic for your weapon system can be a daunting task. These days, there are so many features, reticles, and scope bodies that finding the right balance for your needs can be difficult. One of the things to determine is whether you want an optic that is in First Focal Plane (FFP) or in Second Focal Plane (SFP). Let’s delve into the difference, and why one or the other may be more beneficial for you.

This causes the First Focal Plane reticle to increase in size as you increase your optic’s magnification and vice versa on the way down. Because the reticle is static in size in the SFP design, this requires you to be at a certain magnification for you to use holdovers or to make your adjustments properly because the image that you see is a different size depending on your magnification level. A 1/4MOA click is only a 1/4MOA at the precise magnification setting stated by the manufacturer; typically, at 10x. This is also why many scopes in the past were fixed power optics which are also in SFP but because there is no magnification, your clicks are always at the increment of measure intended. 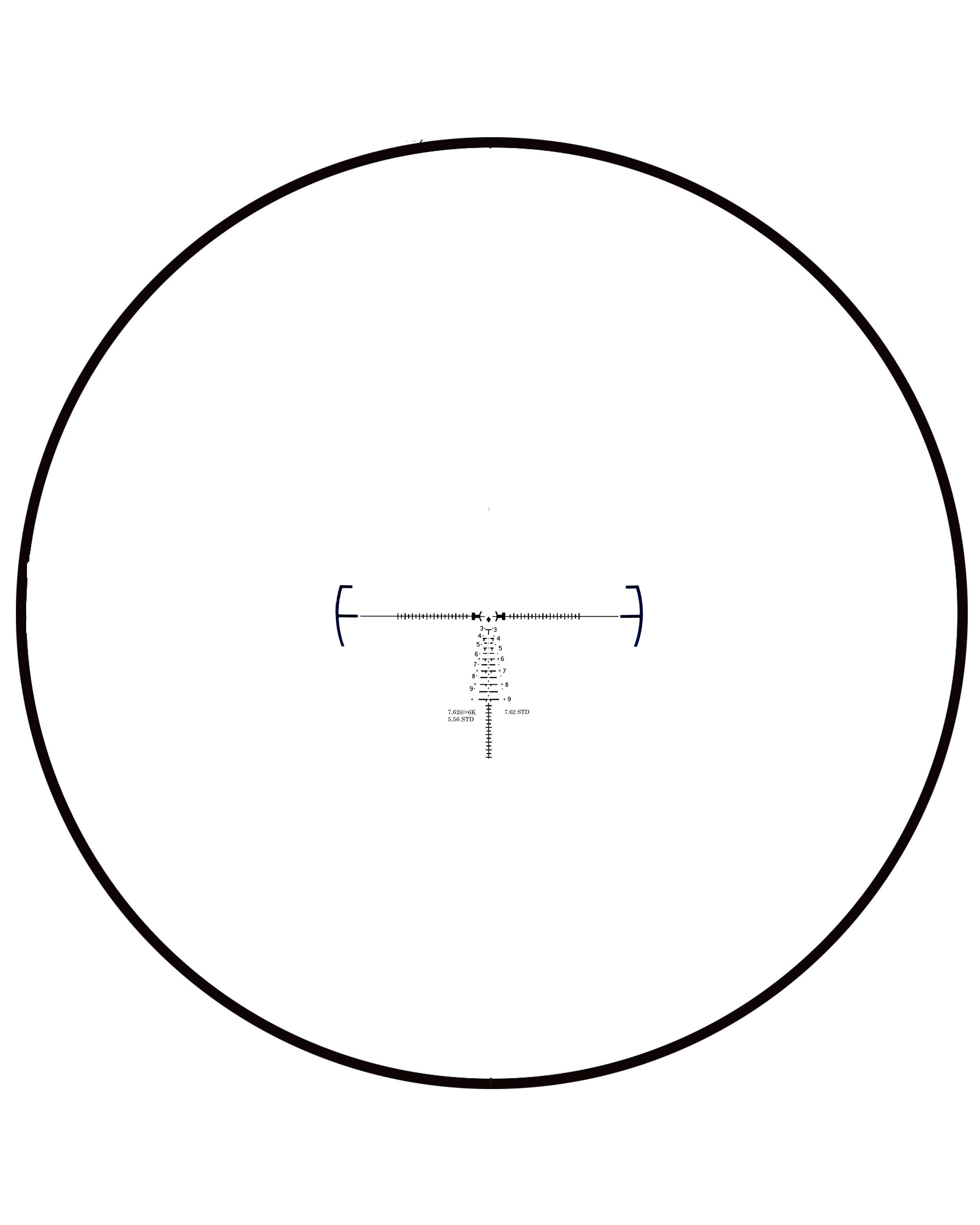 There is a process to shooting which requires you to achieve certain steps to put precision fire downrange. In SFP, we feel that it can be cumbersome if you must  ensure that you are on the correct magnification before you turn turrets or take a shot especially in high stress situations. What if you simply don’t have the time to be methodical in your process to engage a target? What if you were accidentally on 9.5x vs 10x? What if you were shooting at a closer target where 10x magnification is inappropriate? These things could prove to be problematic especially with a ballistic drop compensating (BDC) reticle. The only time that we’ve seen a really innovative use of BDC reticles in SFP was with our friends at Zeiss Optics. A few years ago, we designed the Rapid-Z family of reticles for Zeiss. Although we strongly suggested that they build their optics in FFP, the optics were made in SFP. The concept was that depending on the magnification level the optic was set on, the same BDC reticle could “match” the ballistics of different calibers of ammunition. Basically, if you were shooting a 30-06 for example, you would set the magnification at a certain level, and the holdovers would equate to certain distances for that round. Use that same optic on a .300 Winchester Magnum, and that would require you to be on another magnification level, and the holdovers would be at different distances to match the flight pattern of that round. Note the importance on being at the single and only correct magnification setting for any given particular bullet and rifle. 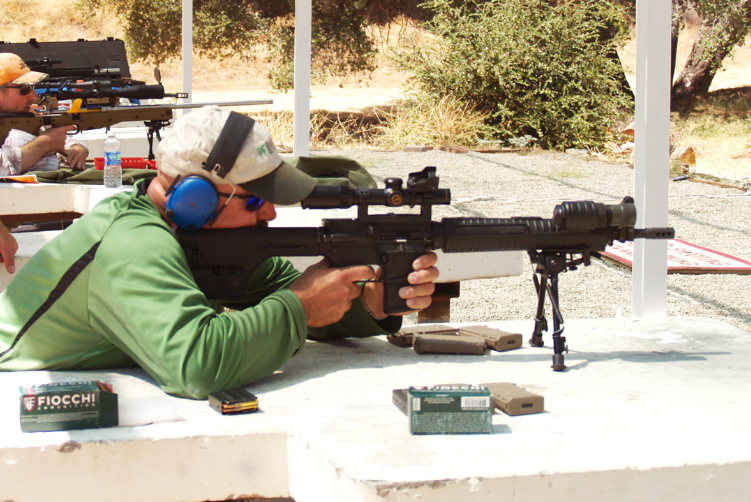 Add that to our patented reticle designs that are caliber and weapon specific, and the process to engage targets is vastly reduced. We were able to prove this several times like we did at Aberdeen for the Army’s M14 program, at the Blackwater facility, Camp Roberts with USSOCOM, sniper school at Fort Benning, and many other places. We found that we could decrease engagement time up to 80% and drastically increase first round hit probabilities. The Designated Marksmen program was where we were most successful because engaging targets required much less calculation, and the rapid engagement of unknown distance targets outpaced any other riflescope system especially for non-sniper trained soldiers. When designing reticles, we consider many things including purpose. The rifle is a tool and although it can be used in a variety of ways, the purpose is to put bullets into intended targets. Note the plurality. In warfare, there isn’t always a single target waiting for you to shoot it while it’s grazing on a bed of clovers or ever really. Whatever ideal weapon system that can be used to rapidly engage targets that have the intention to harm you can alternately be used to take that animal grazing on clovers, but not necessarily vice versa. Food for thought. 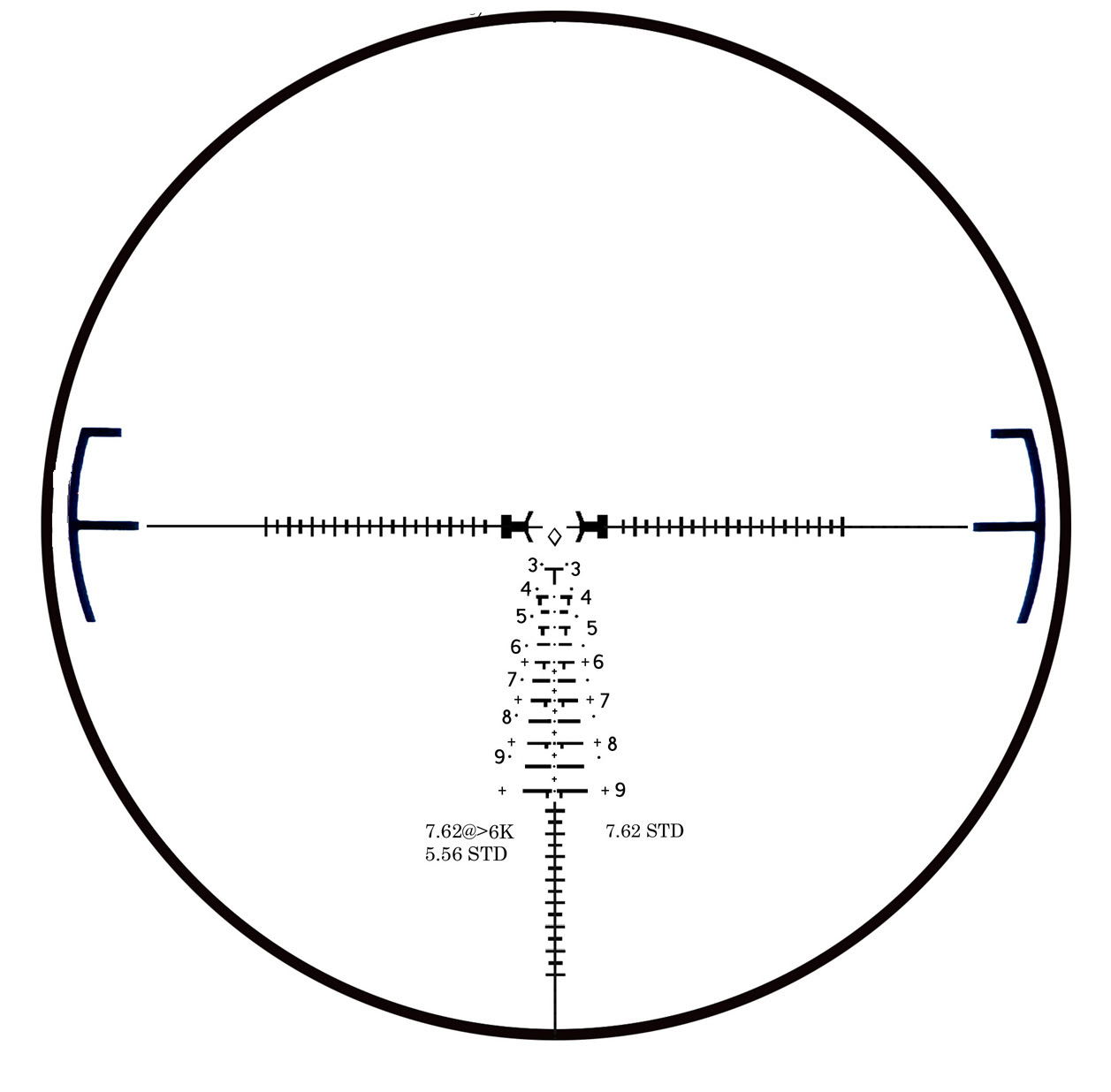 Since PFI only manufactures optics in First Focal Plane, we do get common feedback or questions. One common comment we hear is that because the reticle reduces in size at low power magnification, you can’t fully see the reticle. Well, although this is true, it is important to understand the usage of magnification. For the 1-6x for example, the reticle becomes sort of a triangular cluster at 1x. When on 1x, you typically are shooting very close targets (probably under 200yds and more than likely under 50yds). This means that the only portion of the reticle that matters is the center of the reticle which should be zeroed at 100yds and where the triangular cluster is pointing. You have no need for the long distance holdovers unless you have the inclination to shoot a 500yd target on 1x. Hence, it is unnecessary to see the full reticle at low magnification. We also often hear that FFP optics are typically more expensive than SFP optics. Yes, this is true because FFP optics require much more manual labor and an extremely clean facility to build them in. Because the reticle is in front of the magnification lens, when you are zooming in, you are literally zooming into a very small piece of glass with an etched reticle. Therefore, any piece of dust, oil, or any other debris creates obstructions when you peer down the optic. Manufacturing FFP optics require a highly sophisticated clean room that filters the air beyond your imagination. Further, that tiny piece of glass requires an actual person to physically place it in a specific, precise, and small location within the riflescope. Then, it has to be secured in a manner that would allow it to stay in this specific spot no matter the repeated recoil force 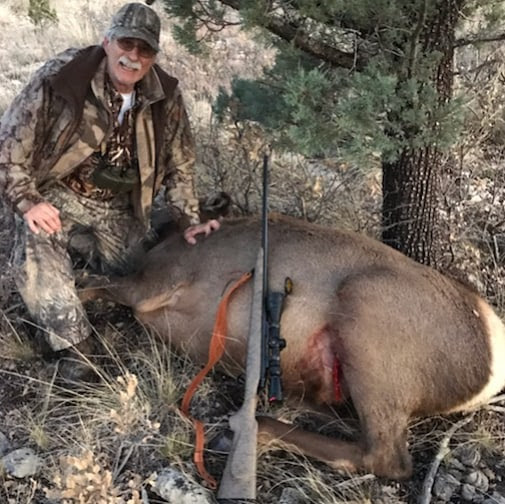 that it will endure in a lifetime. This is a much more expensive process, and something you should consider when you are considering a SFP riflescope that costs say 2x, 3x, or more compared to our optics.

SFP optics have their place. If you have a weapon system for a singular purpose, a fixed power scope body, or only use the weapon when you have a plethora of time to engage a target, then, a SFP optic is more than sufficient.

For example, a hunter who intends to only shoot deer between 50yds and 200yds wouldn’t need much else.

That being said, a rifle is an incredible tool. Many people underestimate the capability of any given weapon system. Understanding the ballistic pattern of a particular load and how it travels from the muzzle to different distances is helpful in learning how to utilize a weapon system to its full capability. Before using our optics, many customers never realized that you can effectively push a .22LR to +200yds or a subsonic 220gr .300BLK bullet to 350yds…and repeat as necessary. FFP optics do this much better by giving the user the ability to use the optic’s reticle at any magnification without a second thought regardless of the type of reticle. Not having to ensure that the optic is at a specific magnification is one less thing to manage in the process of precisely engaging targets at any distance within the usable range of the weapon system.